Have to manually sync with Onedrive each time it is launched. 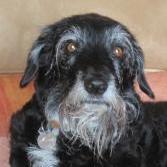