A new beta update of Enpass 6 is now available for Linux, macOS and Windows

Ah cool, is it possible to make this a top level category alongside weak, identical, etc.? Also I realised that all of my "pwned" elements are elements without password.

SUGGESTION: When first creating a new Item, the cursor should automatically already be in the Add Title field. Having to click there is a wasted extra step, and it's confusing to have the Title defaul 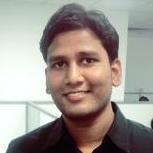 Hey @fermati, Thanks a lot of sharing your valuable feedback. I've noted down all the issues and notified the QA team to look into it. Thanks!